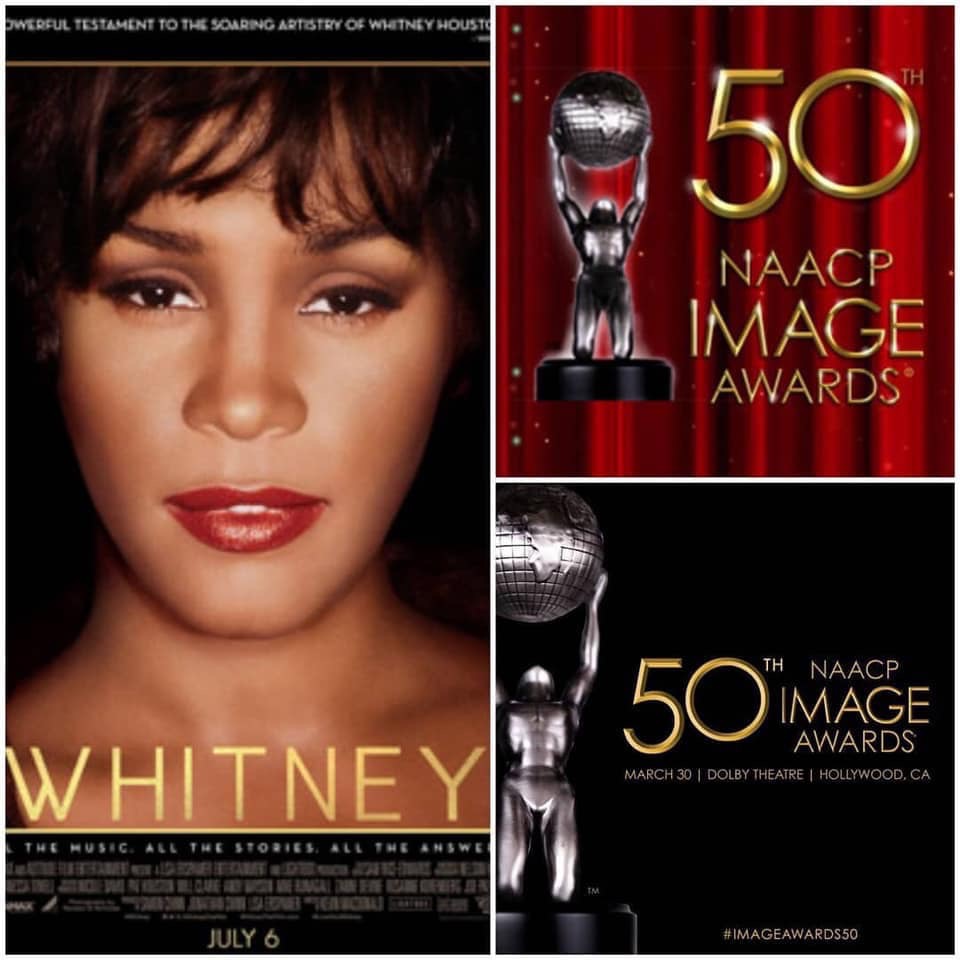 We are excited to announce that the Whitney documentary has been nominated for Outstanding Documentary Film at the 50th NAACP Image Awards!!! The Image Awards celebrate the accomplishments of people of color in music, TV, literature and film, and honor those who promote social justice through creative endeavors. The ceremony will air on TV One in the U.S. on March 30 from Los Angeles.