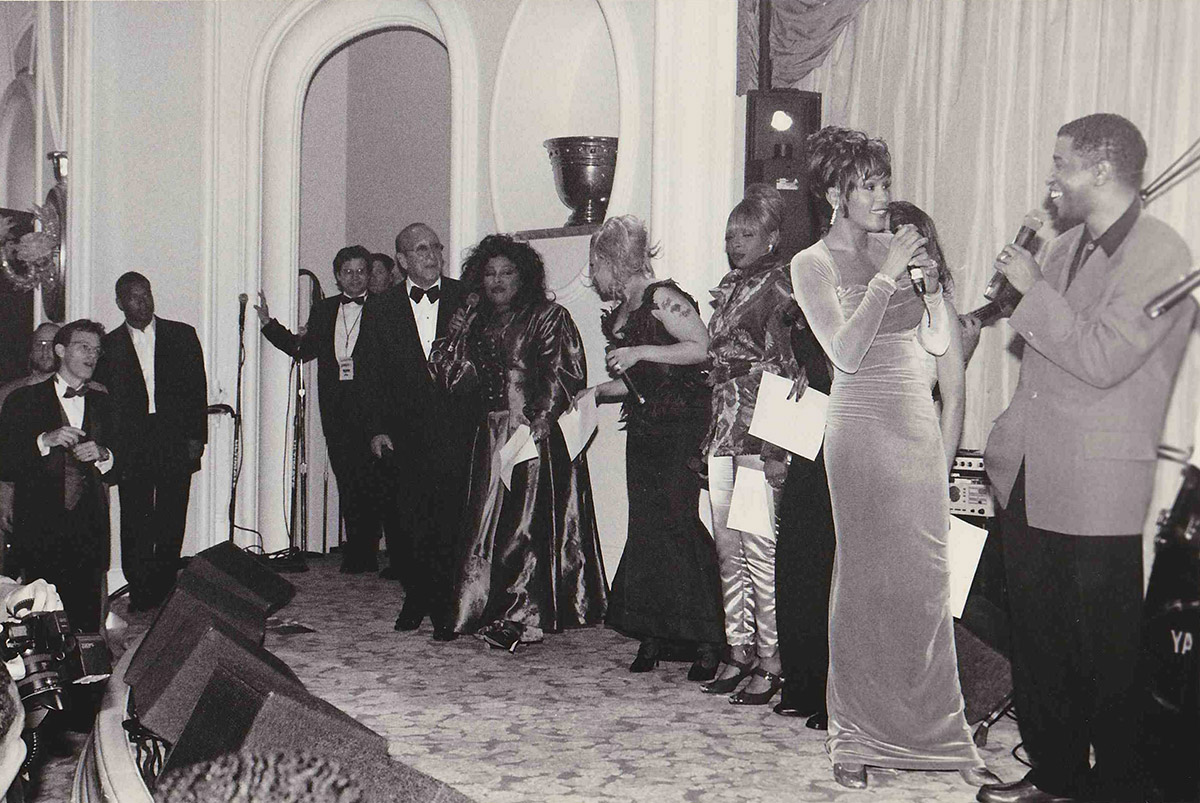 Today – April 10 – is Babyface’s birthday! This is a rare photo from one of Clive Davis’ Pre-GRAMMY parties in early 1996 at the Beverly Hills Hotel – Clive had asked many of the performers (and Babyface) on the Waiting To Exhale album who were there that night up onto the stage. In addition to Whitney and Babyface and others, you also can see Chaka Khan and Mary J. Blige in the shot. Happy Birthday Babyface!