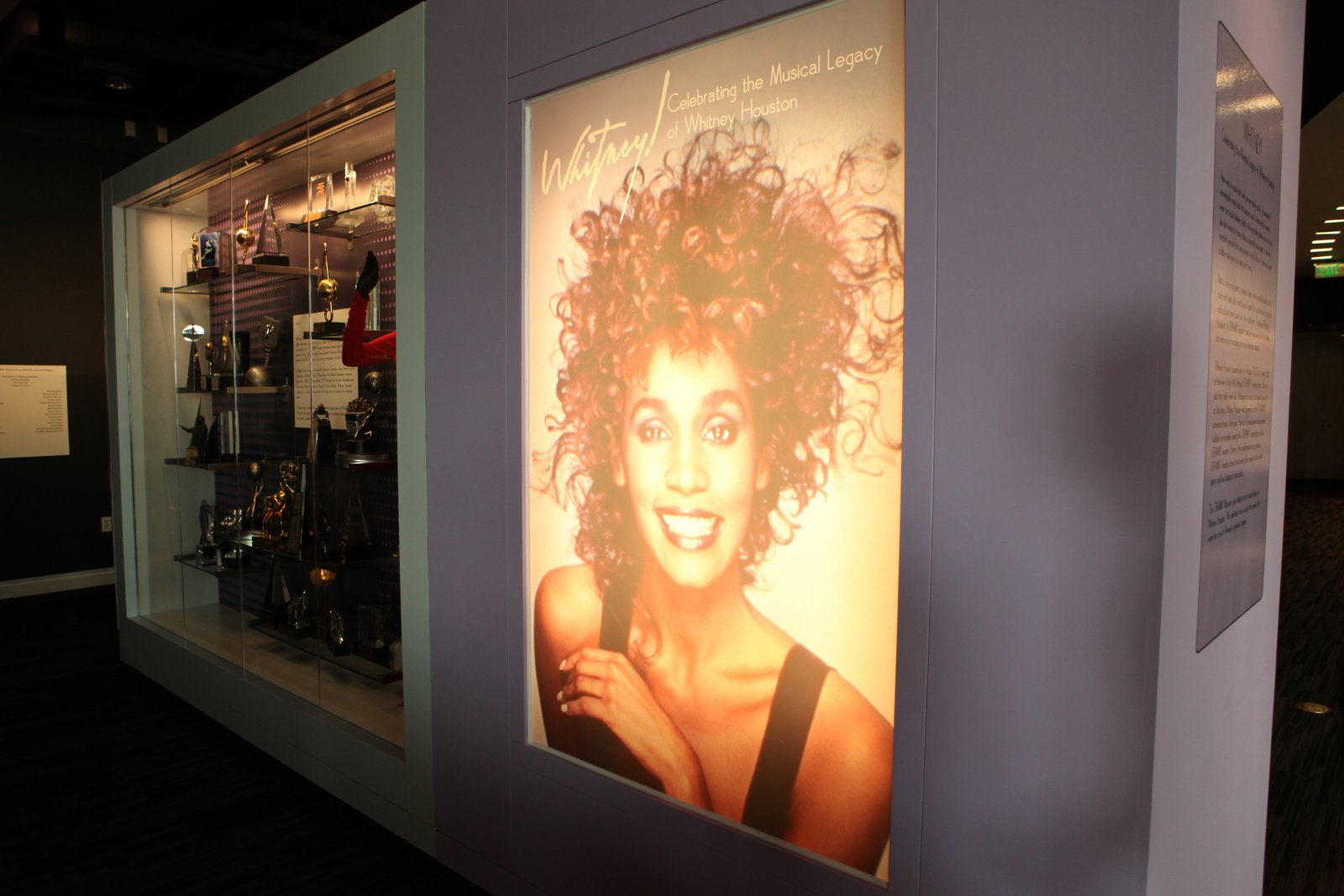 Whitney! Celebrating the Musical Legacy of Whitney Houston is a special exhibit at the GRAMMY Museum in Los Angeles. The exhibit has been extended until May 2013 due to popular demand and features many items from Whitney’s personal collection, including some of her costumes, awards and other memorabilia. This particular photograph by Richard Avedon was taken in 1987 as part of the photo shoot for Whitney Houston’s second album, Whitney — the first album by a female artist in music history to debut at #1 on the U.S. album chart.